I read a recent article about lawyers’ unpopularity and it truly hit home. My goal when I went into law was to build the type of attorney-client relationships I had observed while growing up across the street from my family’s attorney. Those relationships were initially predicated on legal representation reflective of the resulting relationship – trust.

Mr. Rabin was more than just an attorney to many of his clients. He was a trusted consultant. Attorneys draft documents and represent you in court. While an oversimplification, it is what we largely get paid to do. 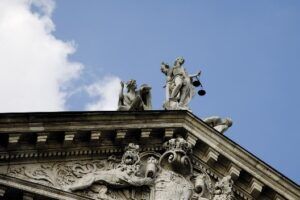 Good lawyers are trusted consultants that will not go beyond the pale…they make you feel that your worst problems or situations are ‘doable’. The do not have to compromise. They dig through facts and apply the law to the relevant facts without resorting to distortions of law or made-up facts. They solve problems. They put the puzzle pieces back together in complex cases. Yet, unfortunately, according to Above the Law, “While lawyers are perceived as some of the most capable and competent professionals — behind only doctors, scientists, and engineers — they’re almost on par with prostitutes when it comes to warmth.”

Despite our negative public image, I learned that you can be authentic and an exceptional lawyer. This duality is doable. Mr. Rabin got to know his clients. They became family friends. I know it is a fine line to walk on the ethics and professionality side, but Mr. Rabin handled it well. Exceptionally well. In fact, it hit him hard when one of his biggest clients was killed in a tragic helicopter crash. It hit me. It hit his family. They had grown up getting to know some of his clients.

I knew from an early age I wanted to be a lawyer. Mr. Rabin sealed the deal for me. Not only with observing the relationships, but it was also the little things.

The safety of the people shall be the highest law.  — Marcus Tullius Cicero

Like the time I was commenting on a beautiful cabinet shelf display in his home and he explained to me that the Waterford™ crystal gavel was a gift from a client. I thought to myself, “A client thought that highly of him that they wanted to give a beautiful (and expensive) gift to their attorney as a gesture of appreciation. Wow.”

While lawyers are perceived as some of the most capable and competent professionals — behind only doctors, scientists, and engineers — they are almost on par with prostitutes when it comes to warmth.

Or the time Mr. Rabin represented my grandfather against the state of Illinois and successfully fought to get a limited license reinstatement after he lost his driving privileges due to a corrective problem with his eyes.

It is because of Mr. Rabin that I chose at an early age to become a lawyer. I took some twists and turns, but at the ripe age of 28, I returned to law school to pursue my dream. Mr. Rabin’s wife made a statement to me during the summer before I started law school that did not resonate until I was well into the practice of law – “The law is a jealous mistress.”

It is.  Lawyers do not always follow the rules of procedure. They twist the law and the rules at times. They get into ego matches with other lawyers and it becomes less about the client than it does the lawyers’ ego. These stressors come into our actions at home and slip into our conscience keeping us awake at night.

However, lawyers also do good. A lot of good. Whether we like laws or not, they are there for a reason. We need lawyers to draft laws and argue before the legislature why these laws are important. We need lawyers to fight for justice and be the voice of the voiceless.  Atticus Finch is more than just an ideal.  Real life Finches exist. Case in point, Bryan Stevenson and his history-making battle for justice, which was portrayed in the movie Just Mercy. 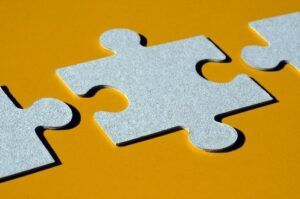 As I stated above, I went into law for a reason. To make a difference. At times, I feel that aspiration has evaporated. Every time I deal with a lawyer who perverts justice through – for example – threatening sanctions to get their way, I want to walk away. Or, after I watch the opposing counsel bury opposing counsel in court filings to rack up a legal bill or stroke their ego, I must remind myself of the Mr. Rabins of the world. More importantly, not a business law class goes by where I fail to discuss in detail, the late and great Justice Thurgood Marshall.

“Through Brown v. Board, one of the most important cases of the 20th century, Marshall challenged head-on the legal underpinning of racial segregation, the doctrine of ‘separate but equal’ established by the 1896 Supreme Court case Plessy v. Ferguson.”

In a strange twist of fate, Mr. Rabin’s son decided to go back to law school after a career in pharmaceutical sales. He is a darn good lawyer. We were classmates at the same time. We broke bread and wine together after law school stressors. I have even used his services for minor issues with teenage driving infractions and a landlord-tenant dispute involving my college son.  We need these lawyers in the profession and the bad should not tarnish our profession for the good attorneys who zealously pursue their client’s interest within the letter of the law and rely upon real facts versus made-up facts.

In closing, I am dedicating this blog to the good lawyers. The ones that fight the hard-won battles. Who pursue justice and put their clients’ interest above their own.  One of my favorite law professors, and now friend, made this statement in my second year of law school…”Pursue law because you want to practice law and make a difference. Do not pursue it for money. If you do, you will likely find yourself unhappy.”

It is not just about billable hours. We need good lawyers. Even lawyers need other lawyers. Some of my closest friends are lawyers – good ones at that and ones I trust implicitly. My aspiration with this newly launched blog is to show the good ‘use’ of law and highlight the good lawyers who put their clients and the pressing societal issues first. Like the practice of law, it has been a longstanding aspiration of mine.  Thank you for my fellow law colleagues – you inspire me!

This blog is dedicated to the Finches and Finchesses of the legal world.